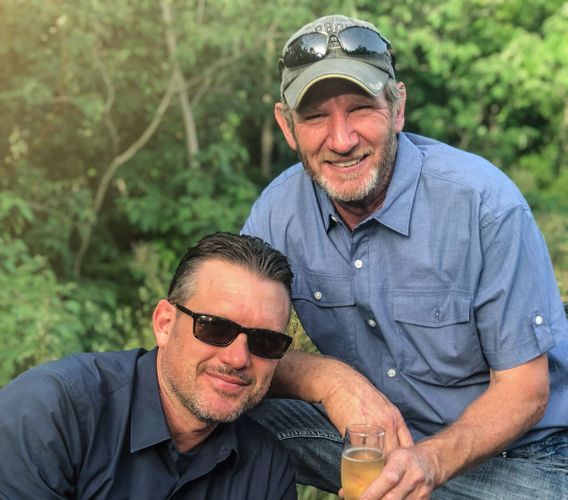 Fittingly, it all began in a pub. Jay Kudla, President of RS3 Strategic Hospitality and veteran in the sports & entertainment hospitality industry, and Sam Darlington, owner and operator of Emerald Meadows Construction and native of Ireland whose relatives were riveters on the HMS Titanic in Belfast, were working together on an RS3 renovation project in January 2018. That night, over pints of Guinness, the two close friends and colleagues discussed the idea of new restaurant and bar for Round Rock, Texas. The concept was simple – to capture the architecture, vibe and experience (aka “the craic”) of an authentic Irish Pub, and combine it with the service and cuisine that’s turned the greater-Austin area into a food mecca, with a dash of the Live Music Capital of the World thrown in for good measure. In short, the duo aimed to bring both a little bit of Dublin, and a little bit of downtown Austin, up to the suburbs of Round Rock.

To round out the team, they brought in co-founder Jason Moorhead, whose 25 years in IT helped plan their authentic Irish pub experience married with trendsetting technologies, and Jay’s employer RS3, whose vast culinary resources and hospitality expertise produced a gastropub menu that rivals the biggest names in Austin’s food scene.

With its core team set, the trio agreed the pub would be as authentically Irish in spirit yet infused with local tastes so loved by Central Texans. The concept would evolve to include a wood-fired scratch kitchen blending Irish technique with Texas fare, craft microbrewery, and an outdoor beer garden worthy of Ireland's great lawns, winding paths, floating fireplaces, stone walls, and romantic waterscapes. The interior would combine the history and allure of old Ireland with contemporary technologies. The experience would be genuine, unique, and unforgettable.